So we did magiq again. NBD, just casting spells and stuff.

First though, Mounties helped Deirdre solve a clue from Sullivan’s journal that has her finally leaving Istanbul and heading to Cape Town.

A few Mounties tried to crack the locked one and others messaged the blank one. And then we waited. And waited. And then we finally heard back from “Constance” who wondered who the heck we were. We still weren’t sure we’d found the right place, until after a bit of back and forth, Constance told us she wasn’t going to talk to us until we “secured our site“…

With the spell finally working Constance joined the forum and filled us in on everything she knew about magiq, The Low, and most importantly, her best friend Aether. (You really have to read her posts to get the full details.)

She wasn’t sure why Aether wanted us to find her, until she tracked down the password to his Tumblr account and there was one post there…

Looks like he brain-hacked the Basecamp Youtube channel and come Tuesday, we’re having a hangout with Aether himself.

Featured Mountaineer(s) Of The Week:

A special Mounty cheer (do we have one of those?) to Ricardo, Hannah, Leigha, Oracle, Revenir and Furia for risking their lives (and health, #spellsickness) to cast The Safeguard.

And an eeeeeextra special nod to Revenir for using positive Mountaineer memories (and probably-magiqal art skills) to create the work of art that now protects our community: 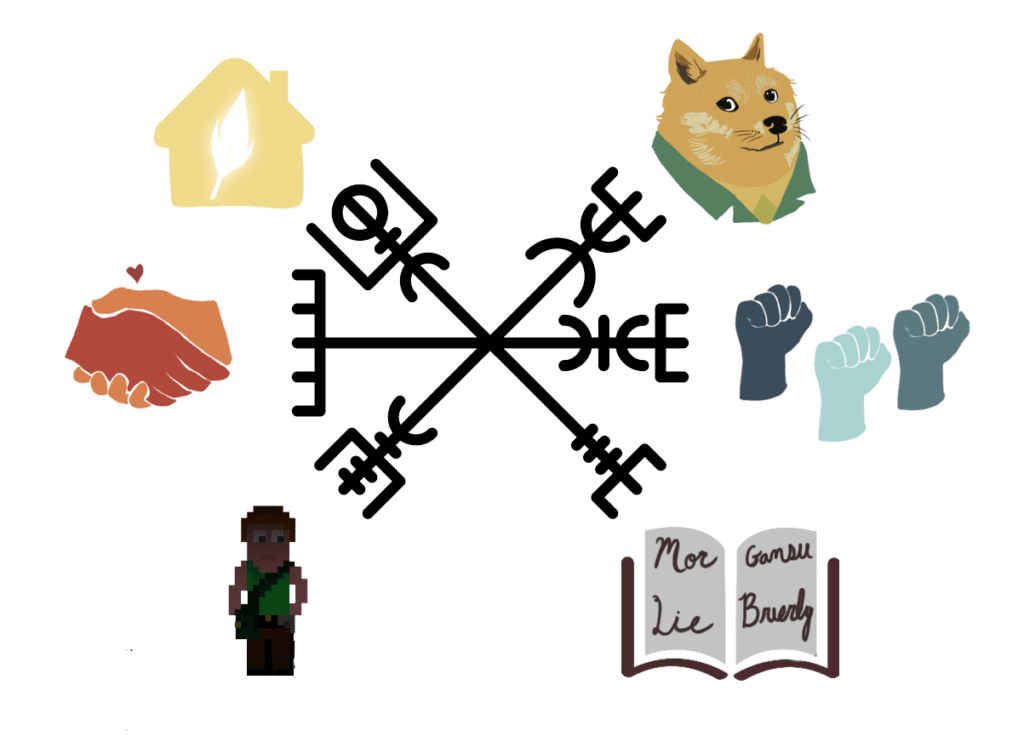