What We Know About Ackerly Green Publishing 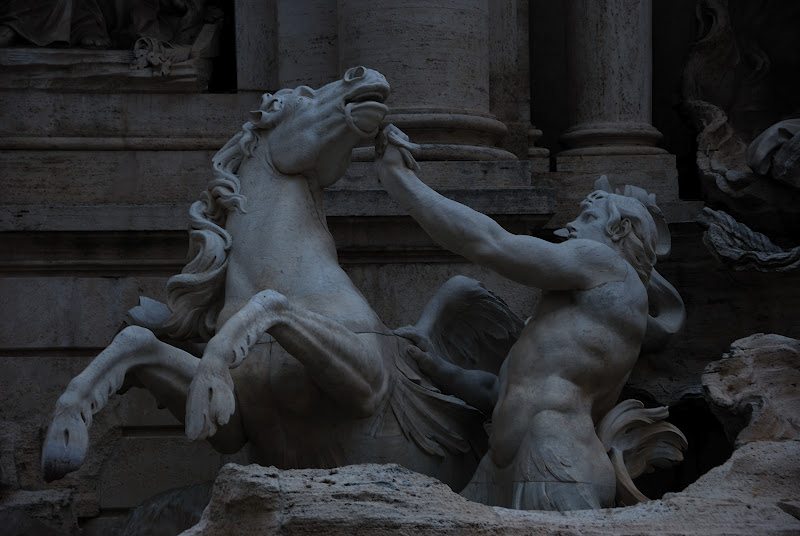 Hi, Endri here. I’ve spent years collecting this research. This is literally all I know about Ackerly Green. In the wake of everything that happened last week, I want to share what I have in case it helps with future fragments, assuming there will be more fragments.

I’m not usually one to be sentimental, but I remember as a child believing so strongly in the Guide to MAGIQ. I saw the world differently than other kids—and my parents. I remember pieces of the world it showed me, and it was wonderful. And then I lost the Guide and have since spent my life trying to prove that I what I believe, what I know to be real, is real. And now I can point to all of this and say to that little girl, “You were right. There is magic in the world.”

That is the gift that your exploration and work have given me, have given all of us.

The following is what we currently know about Ackerly Green Publishing and its founders, M. Grey Ackerly and Warner Green.

Warner Green was born on the island of Inisheer in Ireland’s Galway Bay in 1917. That year his parents immigrated to America, settling in Brooklyn. He worked on the Lower East Side as a child, binding books for Ackerly Printing House. That’s where he met his lifelong friend, M. Grey Ackerly.

Warner worked for the Ackerly family for years, eventually managing the printing house himself in the late 30s, under Grey’s father while Grey attended college.

WWII: Grey joined the Navy Reserve to please his father, who had done the same during WWI. Grey served with the New York Naval Militia before finally volunteering for active duty.

Warner enlisted in the army and served in Northwest Europe, but there is little other information about his service. This is either because of the fire in 1973 that destroyed much of WWII’s army enlistee records or because, as some of us believe, much of what he did during the war is classified.

(This is where we think the timeline might have changed. The ’94 Mountaineers came up with the theory that maybe Warner smuggled out supernatural materials the Axis had collected. Then he set about publishing them in the States. If that’s true, then this is the moment that everything changed. And maybe why we can’t find any records about his service.)

Home from the war in 1945, Warner learned that Reginald Ackerly, Grey’s father, had died and left him the reigns of the printing house, not Grey. Only months into his role as reluctant owner, Warner hired a nineteen-year-old illustrator named Sylvia Sullivan to work in the art department. He was almost ten years her senior, but they were married a year later.

Grey came back home to New York City years later, listless and grim, and found his old friend feeling the same. Grey wanted to do something grand, a venture that would take him out the shadow of his father’s accomplishments. And Warner was tired of answering to stodgy shareholders while also realizing what he really loved was the creative aspect of the book industry.

Ackerly Green Publishing’s doors opened in the fall of 1954.

Grey and Warner were equal partners, although they had differing views about what to publish. Grey wanted to follow the post-war culture. Darker stories, in both tone and content, serious literature, social commentary. Warner, on the other hand, wanted to give people something to take them away from the horrors of the previous ten years.

(This is another bend in the road. Grey won out in the world we know now.)

The company was not the rousing success they hoped it would be. Their refusal to dive into the paperback pool didn’t help. They couldn’t get a foothold in the market. They refused to sacrifice quality, funneling their budget into a few talented authors, publishing a handful of books a year, hoping they could stay afloat until one of the books hit big.

Another rumored cause for the flailing business was that Grey, traumatized by the war and the death of his spiteful father, had become a violent alcoholic. Determined to build this company on his own—like his father had before—he refused to solicit outside help from his moneyed peers.

Warner was on a sinking ship with no captain. And Sylvia was pregnant.

Sullivan Green, Deirdre’s future father, was born in the spring of 1958. Warner distanced himself more and more from the company, and his old friend. He had to care for his wife (who was suffering episodes of deep depression by this time) and his baby boy.

Warner had been secretly making a deal to go back to Ackerly Printing House, which was now a booming paperback printer rebranded A&L Printing.  When Grey found out, it was the end of their friendship.

Grey was all but penniless and spiraling toward an early, alcohol-induced grave at this point. Then he met Annaleigh Price and she, against her wealthy, pedigreed family’s wishes, married Grey the same year Ackerly Green Publishing finally closed its doors in 1961.

In 1962, the couple had a son they named James Ackerly Price, the future heir to the Price fortune. Grey had managed to save himself from ruin and secure his future, his immortality. His dreams would live on in James.

Warner slogged away as the floor manager of A&L Printing. Throughout the 60s, Sylvia’s mental illness grew deeper and more violent, and finally Warner had his beloved wife institutionalized to protect her and their son.

Sullivan grew up on the floor of the printing house, and by the 70s Warner was in charge again. He was unsatisfied creatively and wounded by his wife’s degrading health, but now his son had a future.

Sylvia took her own life in 1977. And Warner died a year later.

Sullivan had just turned twenty. He ran the company for a year until a fire ravaged the old building, destroying it completely. But in the destruction, Sullivan learned that his father had secured a small fortune for him to do with as he pleased.

Little is known about Sullivan’s life after this. We know the ’94 Mountaineers tracked him down after he was arrested for vagrancy in 1997. We know he died July 1 of this year. We know he barely touched his father’s fortune, possibly succumbing to the same mental illness that afflicted his mother.

Grey died in 1981. His son, James, had one child, Reginald, who was stillborn.

James died somewhere in France in the early 90s.